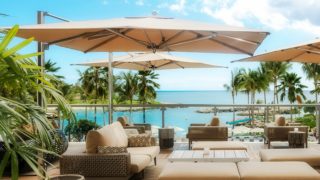 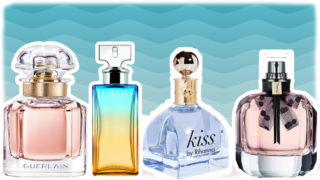 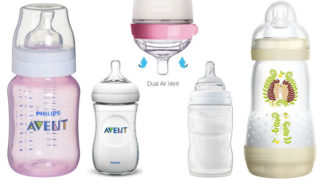 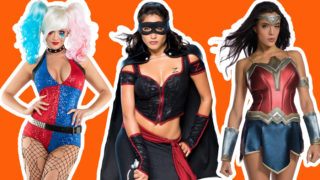 The 70th annual Cannes Film Festival is currently taking place from 17 to 28 May 2017, in Cannes, France. We pick 25 of the best movies from the programme that not only includes big names, but also special projects and just plenty of excitement. by thebestli editors Last updated - May 21, 2017 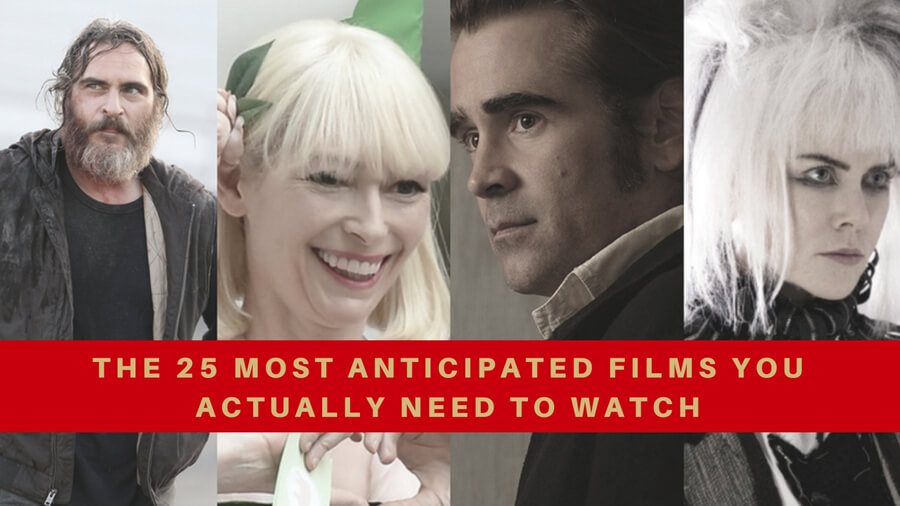 Synopsis: On a business trip to the Cannes Film Festival, Manhee is accused of being dishonest, and fired. A teacher named Claire goes around taking photos with a Polaroid camera. She gets to know Manhee and sympathizes with her. Claire is like a person who can see Manhee’s possible future or past selves, through the mysterious power of the beach tunnel.

Through taking photos, Claire has acquired the ability to look slowly at things, and to transform objects. Now, Claire goes with Manhee to the café where she was fired. We look forward to seeing Claire’s power at work.

Synopsis: A drama about a family set in Calais with the European refugee crisis as the backdrop.

3How to Talk to Girls at Parties (Out of competition)

Synopsis: The love story focuses on Enn, a shy teenage punk rocker in 1970s suburban London, and his two closest friends, Vic and John. One night they all sneak into a party where they meet a group of intensely attractive, otherworldly girls; at first they think they’re from a cult, but eventually come to realize the girls are literally from another world — outer space.

The leaders of this alien colony have a nefarious plan in mind, but that doesn’t stop Enn from falling madly in love with Zan, one of the colony’s key members. Their burgeoning romance sets in motion a series of increasingly sensational events that will lead to the ultimate showdown of punks vs. aliens and test the bonds of friendship, family and true love.

4Jeannette: The Childhood of Joan of Arc (Directors’ Fortnight)

Synopsis: France, 1425. In the midst of the Hundred Years’ War, the young Jeannette, at the still tender age of 8, looks after her sheep in the small village of Domremy. One day, she tells her friend Hauviette how she cannot bear to see the suffering caused by the English.

Madame Gervaise, a nun, tries to reason with the young girl, but Jeannette is ready to take up arms for the salvation of souls and the liberation of the Kingdom of France. Carried by her faith, she will become Joan of Arc.

Synopsis: Bright Sunshine In puts forth the text’s ideas through Binoche’s Isabelle, a divorced painter living in Paris who is searching to satisfy her desires, both romantic and sexual.

Synopsis: From visionary Director Bong Joon Ho, this grand global adventure follows a friendship too big to ignore. Meet Mija, a young girl who risks everything to prevent a powerful, multi-national company from kidnapping her best friend – a massive animal named Okja.

Following her across continents, the coming-of-age comedy drama sees Mija’s horizons expand in a way one never would want for one’s children, coming up against the harsh realities of genetically modified food experimentation, globalization, eco-terrorism, and humanity’s obsession with image, brand and self-promotion.

Synopsis: Paris 1967. Jean-Luc Godard, the leading filmmaker of his generation, is shooting La Chinoise with the woman he loves, Anne Wiazemsky, 20 years his junior. They are happy, attractive, in love, they marry. But the film’s reception unleashes a profound self-examination in Jean-Luc.

The events of May 1968 will amplify this process, and the crisis that shakes the filmmaker will transform him profoundly, from a star cineaste to a Maoist artist entirely outside the system, as misunderstood as he is incomprehensible.

Synopsis: Top of the Lake: China Girl is a crime mystery story that finds Detective Robin Griffin recently returned to Sydney and trying to rebuild her life. When the body of an Asian girl washes up on Bondi Beach, there appears little hope of finding the killer, until Robin realises ‘China Girl’ didn’t die alone.

Robin looks to the investigation to restore herself, but her problems are personal. Haunted by a daughter given up at birth, Robin desperately wants to find her, yet dreads revealing the truth of her conception. But her search to discover ‘China Girl’s’ identity will take her into the city’s darkest recesses and closer than she could have imagined to the secrets of her own heart.

Synopsis: Picks up 25 years after the inhabitants of a quaint northwestern town are stunned when their homecoming queen is murdered.

Synopsis: Based on Brian Selznick’s critically acclaimed novel, Ben and Rose are children from two different eras who secretly wish their lives were different. Ben longs for the father he has never known, while Rose dreams of a mysterious actress whose life she chronicles in a scrapbook.

When Ben discovers a puzzling clue in his home and Rose reads an enticing headline in the newspaper, both children set out on quests to find what they are missing that unfold with mesmerizing symmetry.

11You Were Never Really Here (Competition)

Synopsis: A former Marine and ex-FBI agent, Joe has seen one too many crime scenes and known too much trauma, and not just in his professional life. Solitary and haunted, he prefers to be invisible. He doesn’t allow himself friends or lovers and makes a living rescuing young girls from the deadly clutches of the sex trade.

But when a high-ranking New York politician hires him to extricate his teenage daughter from a Manhattan brothel, Joe uncovers a web of corruption that even he may not be able to unravel. When the men on his trail take the only person left in the world who matters to him, he forsakes his pledge to do no harm. If anyone can kill his way to the truth, it’s Joe.

Synopsis: At a girls’ school in Virginia during the Civil War, where the young women have been sheltered from the outside world, a wounded Union soldier is taken in. Soon, the house is taken over with sexual tension, rivalries, and an unexpected turn of events.

13Based on a True Story (Out of competition) 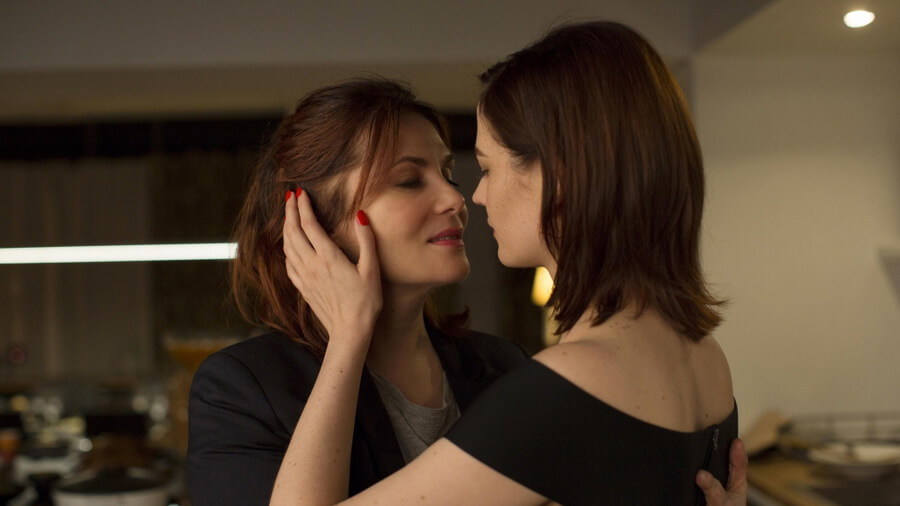 Synopsis: Overwhelmed by the success of her latest novel, Delphine is exhausted and has developed writer’s block. She then meets Elle, a smart and intuitive woman who seems to understand her better than anyone.

Soon, the intensity of their friendship manifests itself in increasingly disturbing ways.

Synopsis: Christian is the respected curator of a contemporary art museum, a divorced but devoted father of two who drives an electric car and supports good causes. His next show is ‘The Square’, an installation which invites passersby to altruism, reminding them of their role as responsible fellow human beings.

But sometimes, it is difficult to live up to your own ideals: Christian’s foolish response to the theft of his phone drags him into shameful situations. Meanwhile, the museum’s PR agency has created an unexpected campaign for ‘The Square’. The response is overblown and sends Christian, as well as the museum, into an existential crisis.

15The Killing of a Sacred Deer (Competition)

Synopsis: Steven, a charismatic surgeon, is forced to make an unthinkable sacrifice after his life starts to fall apart, when the behaviour of a teenage boy he has taken under his wing turns sinister.

Synopsis: The story of a precocious six year-old and her ragtag group of friends whose summer break is filled with childhood wonder, possibility and a sense of adventure while the adults around them struggle with hard times.

17Before We Vanish (Un Certain Regard)

Synopsis: Narumi and her husband Shinji are going through a rocky patch when Shinji suddenly vanishes, returning several days later, utterly transformed. He seems to have become another man entirely, loving and attentive.

At the same time, a family is brutally murdered, and the town beset by strange phenomena. Journalist Sakurai begins to investigate the mystery…

18Ismael’s Ghosts (Out of competition)

Synopsis: The film tells the tale of a widowed film director who is in the middle of making a film about an atypical diplomat inspired by his brother. While he has started a new life with Sylvia, he still mourns the death of a former lover, Carlotta, who passed away 20 years earlier; then Carlotta returns from the dead, causing Sylvia to run away.

Synopsis: A couple going through a divorce. Arguing constantly, and in the process of selling their apartment, they are already preparing for their new lives: he with his younger, pregnant girlfriend and she with the wealthy lover who is keen to get married. Neither seems interested in their 12-year-old son. Until he disappears.

Synopsis: An estranged family gathers together in New York for an event celebrating the artistic work of their father. 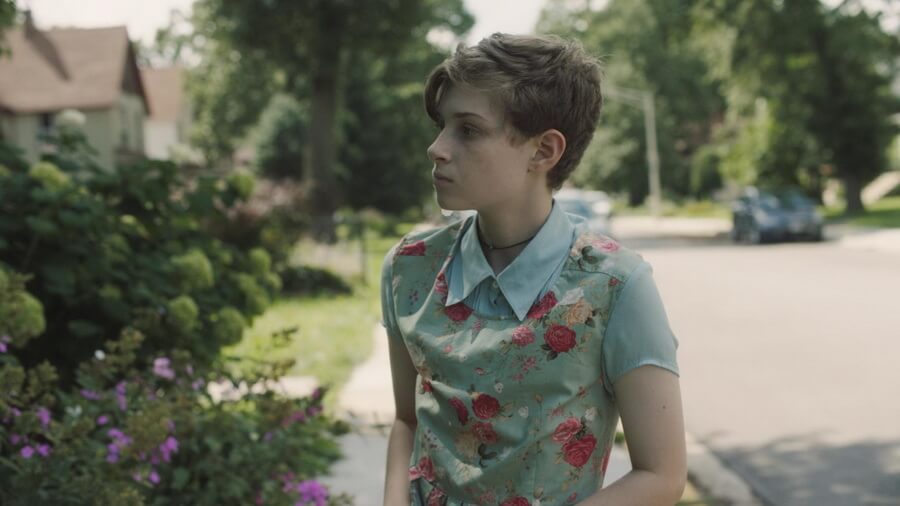 Synopsis: Fourteen-year-old J goes by the pronoun ‘They’ and lives with their parents in the suburbs of Chicago. J is exploring their gender identity while taking hormone blockers to postpone puberty. After two years of medication and therapy, J has to make a decision whether or not to transition.

Over this crucial weekend while their parents are away, J’s sister Lauren and her maybe/maybe-not Iranian partner Araz arrive to take care of J.

Synopsis: After a botched bank robbery lands his younger brother in prison, Constantine Nikas embarks on a twisted odyssey through the city’s underworld in an increasingly desperate-and dangerous-attempt to get his brother out of jail.

Over the course of one adrenalized night, Constantine finds himself on a mad descent into violence and mayhem as he races against the clock to save his brother and himself, knowing their lives hang in the balance.

23The Summit (Un Certain Regard)

Synopsis: The president of Argentina, Hernán Blanco, is facing a very important decision. He is participating in a meeting between different state leaders, which takes place in La Cordillera.

From there, in the middle of the Summit of Latin American presidents, he will have to be able to solve a very complicated personal matter that can affect both his private and public life.

Synopsis: Wind River is a chilling thriller that follows a rookie FBI agent who teams up with a local game tracker with deep community ties and a haunted past to investigate the murder of a local girl on a remote Native American Reservation in the hopes of solving the mysterious death.

Synopsis: A young immigrant is shot down while illegally crossing the border. Terrified and in shock, wounded Aryan can now mysteriously levitate at will. Thrown into a refugee camp, he is smuggled out by Dr Stern, intent on exploiting his extraordinary secret.

Pursued by enraged camp director Laszlo, the fugitives remain on the move in search of safety and money. Inspired by Aryan’s amazing powers, Stern takes a leap of faith in a world where miracles are trafficked for small change.

Receive best product recommendations, exclusive tips,
sale alerts and much more straight to your inbox!
*By submitting your email, you agree to our Terms and Privacy Policy 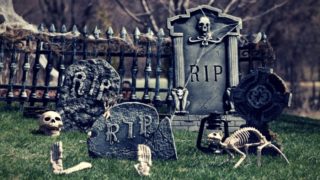 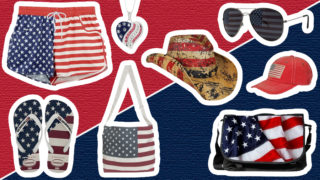 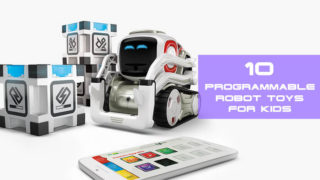 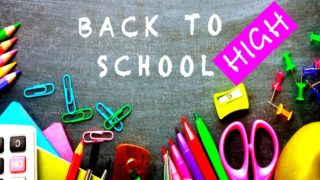 Receive best product recommendations, exclusive tips,
sale alerts and much more straight to your inbox!
*By submitting your email, you agree to our Terms and Privacy Policy